One of today’s best forms of entertainment that suits everyone is a video game. Excellent quality video games have a lot of good effects on children, teens, and even adults. These games can teach many essential skills like organizing, problem-solving, and a lot more. No wonder a lot of people enjoy them.

There are various types of video games that the entertainment world is currently offering, and one of them is Minecraft. But, people would often wonder how to make a good game even better? You may want to check out the Minecraft Dungeon. This article will provide a few of the essential information you might want to know about this game.

What is Minecraft Dungeons?

Minecraft Dungeons was launched on May 26, 2020, and is considered to be a dungeon-crawler type of game. It’s like the Role-Playing Game Diablo; however, it comes with blocks. In this game, your character should accomplish a particular mission to be able to proceed to the next level. Just like any other game, your adventure will begin at level one, then fight your way to finish the stage.

Minecraft Dungeons is an action type of RPG that lets you play with up to four of your friends. It is also created on the Unreal Engine 4 program. Therefore, it can convey extraordinary graphics regardless of their typical blockiness. Its gameplay highlights combat, character development, and finding hidden treasures. 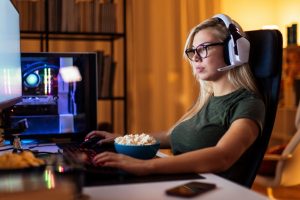 There are instances when released games are exclusive and are only available to specific platforms like Mario Kart 8 Deluxe, God of War, and Halo 5. However, not everyone has the luxury to own a lot of gaming platforms.

When it comes to Minecraft Dungeons, Microsoft and Mojang made it available for everyone to purchase and download and enjoy on Xbox, Windows 10 PC, PS4, and Nintendo Switch.

Is There A Building Required

This may be difficult to understand; however, contrary to the original Minecraft game, building is no longer needed in Minecraft Dungeons. Killing the mobs is the only thing a player needs to do to survive the game. This game mainly focuses on the character and mission. Players should make sure to build their character to defeat the Arch-Illager. It may be far from the Minecraft that players were used to, but we should also learn how to welcome change.

Is It Played In Story Mode?

Unlike the original Minecraft, players have a story to follow in Minecraft Dungeons. In this game, the player should take on Arch-Illager, who is taking revenge on all people who wronged him. The player will serve as the knight in shining armor who aims to defeat the dark lord and free the people from his cruelty.

As players follow the story, they will find better armor and weapons, level up their skills, and gain more experience they can use to defeat the Arch-Illager. Minecraft Dungeons’s story is simple enough to understand. Complete each level, no need for harvesting, mining, or building anything. Just get your sword and fight your way to the end.

Unlike other games that offer different heroes with various skill types, Minecraft Dungeons do not have that. Instead, it allows players to design and create their own characters in any way they like, different from the original Minecraft, where skins are required to level up a skill. A character can be built depending on how you want to play and your situation.

In the first few parts of the games, players may want to play safe as they level up their character and gain experience. It is best, to begin with, items that come with more massive armor effects. As they level up, switching up equipment with better attributes and allowing them to move quicker is a wise move.

One factor that makes an RPG exciting are the enemies. In Minecraft Dungeons, mobs are guaranteed, probably more than you can handle. Common Minecraft mobs that you have seen are also here, like Creepers, Zombies, Skeletons, and a lot more that will find their way to kill you.

Aside from the typical mobs, few more evil characters are introduced to give more entertainment. Characters like the Wraith which has the ability to make the ground around the player to be on fire. Next, there will be a Necromancer that can resurrect dead mobs. Lastly, an Ender Dragon might also be there to compete with.

Now that we have provided some of the necessary information you might need for this game, you may start giving this video game a try. Minecraft alone is a fantastic game, but Minecraft Dungeons could be so much more.

This game may not have the same complexity and creative portions as other games, but it makes sure to give its players non-stop action allowing them to focus on character development. 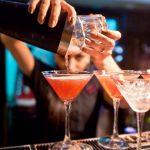 Do you need a license to be a bartender in California?

Few valuable tips for playing on a toto site

Everything You Need To Know About Toto Verification Community Site

4 Benefits of Patio Enclosures for the Home