How to fix Cyberpunk 2077 crashes and bugs?

So as we all know, one of the biggest, most-awaited, excited, and next-gen games, Cyberpunk 2077, has just dropped on 10th December 2020. The games had been in the development phase for massive eight years, but with a long wait and several delays, it is finally here. But wait! Is it fair and entirely optimized as claimed by the developers? Unfortunately not!

Since the release, the gamers have been facing several types of errors and bugs in the games, making it impossible to play. Most of the gamers were not expecting the bugs and errors because the developers ensured that they had delayed the game because of the optimization process, but still?

Is Cyberpunk 2077 buggy on all platforms?

The game is just offering 15-20 FPS during the games, too, with shuttering, broken-graphics, glitches, and bugs. The previous-gen consoles owners are indeed not happy with that as they already have spent quite a lot by buying it.

Some ways to fix Cyberpunk 2077 errors and bugs

Let’s check out some ways that might help you to fix the bugs and errors of Cyberpunk 2077:

The best thing about CD Projekt Red is that they responded quickly after the bugs and errors showed up on different platforms. The first update was released on the first day of the game release, and that update fixed the problems of thousands of gamers.

The developers have also released some more updates and patches after that that can fix up your problems. So the best and the utmost course of action for you is to update your game or download the patches and install it on your computer. It will fix almost all of your game problems.

If the problem is not solved, you can wait for a couple more days so that a new update can arrive. All of your issues and bugs will indeed be fixed until or unless there are problems on your end.

2- Is your hardware good enough?

Cyberpunk 2077 is undoubtedly an AAA title and is called the “Next-Gen” game. So you can’t expect it to run on a shallow end system or hardware. The developers have optimized the game for Medium hardware too, but it can indeed cause problems below that.

So check out the actual specifications required on the official Cyberpunk 2077 website and see if your system meets the requirements. If not, then you are going to get new components to run it smoothly. I would suggest you pick any of the high end motherboard for gaming to efficiently support the latest gen consoles, including GPU, Processor, SSDs, HDDs, and PSU.

Do you know which version of DirectX or Microsoft runtime is installed on your computer? Most of us not, because we always think that our PC is up-to-date. That is why it is better to check out for the supporting software like DirectX, Microsoft runtime, Adobe, or Java. It might help you get out of your problem as these software types play a vital role in running a game smoothly and correctly.

Most gamers have turned off the windows updates for their computer because of the everyday hassles. Where it is true that regular updates indeed create many annoyances, but it can also be helpful at one point. So yes, you will have to put your ego aside for a moment and let the auto-update update your windows. It might work as most of the games are optimized for the latest versions of operating systems.

You can also try checking out if your computer has the latest drivers installed on it. Whether we talk about the GPU drivers, Sound drivers, motherboard drivers, or any other ones, don’t forget to confirm that!

As I stated earlier, the developers will eventually solve the problems as they are working every day to release new patches, updates, and fixes. So the thing is, you will have to wait for a few days and let some other updates come so that you can try them out.

It might be disappointing for some gamers to face issues for their most-awaited games, but you should also think of the developers’ problems. Cyberpunk 2077 has been released on many different platforms, and it was indeed not the most straightforward task to do so. So the only possible thing you can do is to try the methods above or wait patiently! Just wait and watch Samurai; we have a long way down! 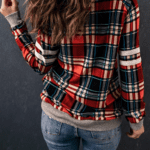 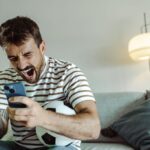 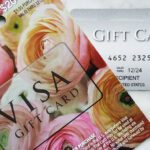 Why prepaid cards are not accepted? 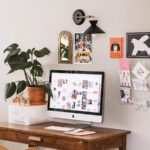 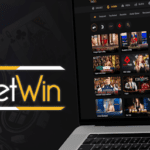 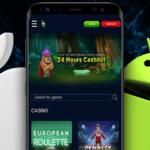